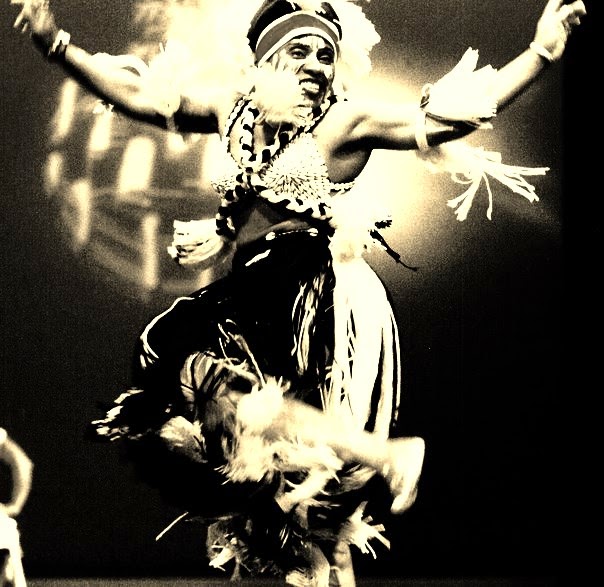 Artist perform (Rajeeyah "Khaanam & Maila Sylla) a hot "Sabar" piece choreographed by Maila Sylla of Moya Dance & Drum.  Maila was the Artistic Director for Minianka African Dance & Drum Ensemble headed by founder and the late great "Naghree" Sutton-Silas.  Naghree was one of the original members of the Muntu Dance Theater of Chicago.

Maila Sylla is Senegalese American of Chicago where she has made a name for her multi-artistic and creative skills throughout educational institutions.  Maila is the youngest daughter of Aissatou Rakel Bey, African Dance pioneer and also original member of the Muntu Dance theater. 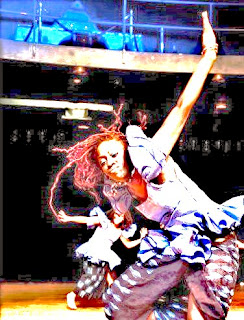 Khaanam of Moya and the Bite Size Art Ensemble

Khaanam with the the Bite Size Art Ensemble/Waukegan, IL Dance, Music Instruction and Choreography. Watch the video clip above of their last rehersal and showcase performance. It was great! Info@ Krasavoy.blogspot.com
Posted by MOYA at 6:13 AM No comments:

About The Founder & Director Aissatou Bey

Better known as "Aissatou Bey”, an accomplished dancer in African and Caribbean dance forms. Aissatou’s qualifications and experience are extensive. Aissatou has studied under many noted dance masters from Africa, the Caribbean and the U.S. Her studies include Jazz, Swing, Modern, Afro, Oriental Classical Dance and other contemporary dance forms. She received a Diploma of Appreciation from the American Folklore and Center at the Library of Congress for contributions to the study of Ethnic Folk Arts in Chicago. Aissatou was a member and principal dancer for the Muntu Dance Theatre from 1978 to 2009. Aissatou has performed extensively and internationally, including 1977 at the “FESTAC” Festival in Lagos, Nigeria with the Darlene Blackburn Dance Troupe where she represented the USA and a residency at the Walt Disney’s Epcot Center in Orlando, Florida in 1982 with the Koumpo West African Dance Company of Senegal. International performances also include: “Panafest” Historical Theatre Festival in 1992 and 1994 in Accra and Kumasi Ghana, West Africa, England in 1991 and Scotland in 1992. In 1996 and 1997 she performed throughout Mexico for the Festival International Afro-Caribbeano and also in Mexico during 2006 for the 2nd annual Cultural Festival of Talpan. In 1985, 1997 and 2011 Aissatou Bey toured SeneGambia, Guinea & Mali, West Africa studying art and culture. Being a versatile dancer, Aissatou pursued Oriental Classical Dance with The North African Dance Experience-Nubian Dance Troupe and is a student of Tai Chi Chaun, Shaolin and other Martial Art forms. Aissatou plays percussion instruments and practices Culinary and Healing Art forms. Ms. Bey has had numerous newspaper highlights such as the Defender, The Chicago Tribune, The Suntimes and many other articles throughout Chicago, Illinois and abroad. Currently, Rakel "Aissatou" Bey guest teaches/lectures throughout the midwest and abroad. She frequents Jamaica, West Indies where she studies traditional folkloric dance, music and culuture of Rastafari. During her 2012/2013 cultural study program she partook in the "Nyabingi" camp headed by SIZZLA of Jamaica's popular Dancehall / Roots & Culture music. Aissatou‘s area of concentration is arts, folklore, songs, language, music and dance of the African diaspora. Aissatou Bey holds a BS degree of Medical Laboratory Science from NIU - Northern Illinous University and pursuing a MA degree in Pharensics 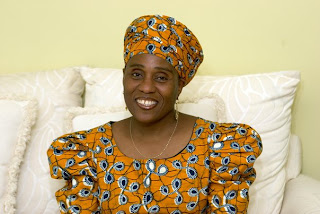 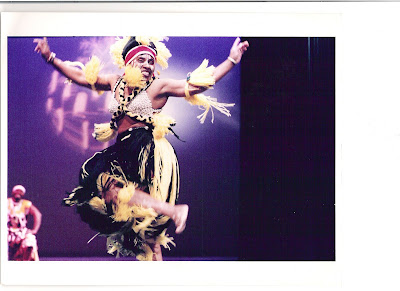